Mayrhofen is a sprawling cheerful resort set in the beautiful Zillertal valley, linked to the smaller neighbouring Finkenberg and a bus ride from the year round glacier resort of Hintertux. It has long been popular with beginners, intermediates and family groups. It is now quite well spread but the main ski areas are high above the village on opposite sides of the valley and are accessed by gondolas or a cable-car. There main lift base stations are the Penken, which is near the centre of the town and the Ahorn which is a short walk up to the southern edge of the resort. The old Penken cable car was replaced in 1995 by a new 15 person quick gondola which more than trebled the hourly capacity of the old lift and greatly alleviated the morning and evening queues that were this sector's biggest Achilles Heel. Only on the Ahorn side of the valley is there skiing to valley level, but bearing in mind the skiing up on this side is mainly beginner and early intermediate, this runs is underused because it is quite testing in some of the steeper bottom pitches. The Penken is by far the largest of the two main ski areas with a good variety of intermediate skiing - from beginners runs to moderate intermediate terrain. The Super Zillertal lift pass is worthy of consideration - especially if you are driving, giving access on to 154 lifts and 450km of prepared pistes including Finkenberg, Lanersbach, Zell am Ziller, Gerlos and Hintertux plus many others; also railways and ski bus.

Mayrhofen sells itself as a family resort and their children's tuition is reported to be good. One key feature which has contributed to the ongoing popularity of Mayrhofen is the relatively snowsure beginners and early intermediate slopes, although the drawback is the time consuming access to them. The town provides a good range of accommodation - from smaller pensions to larger central hotels, bars and restaurants. Nightlife is quite lively in a mainstream Tyrolean and hotel Euro disco kind of way, with a good wide choice. So too the main street has a good selection of shops.

Your browser does not support iframes. 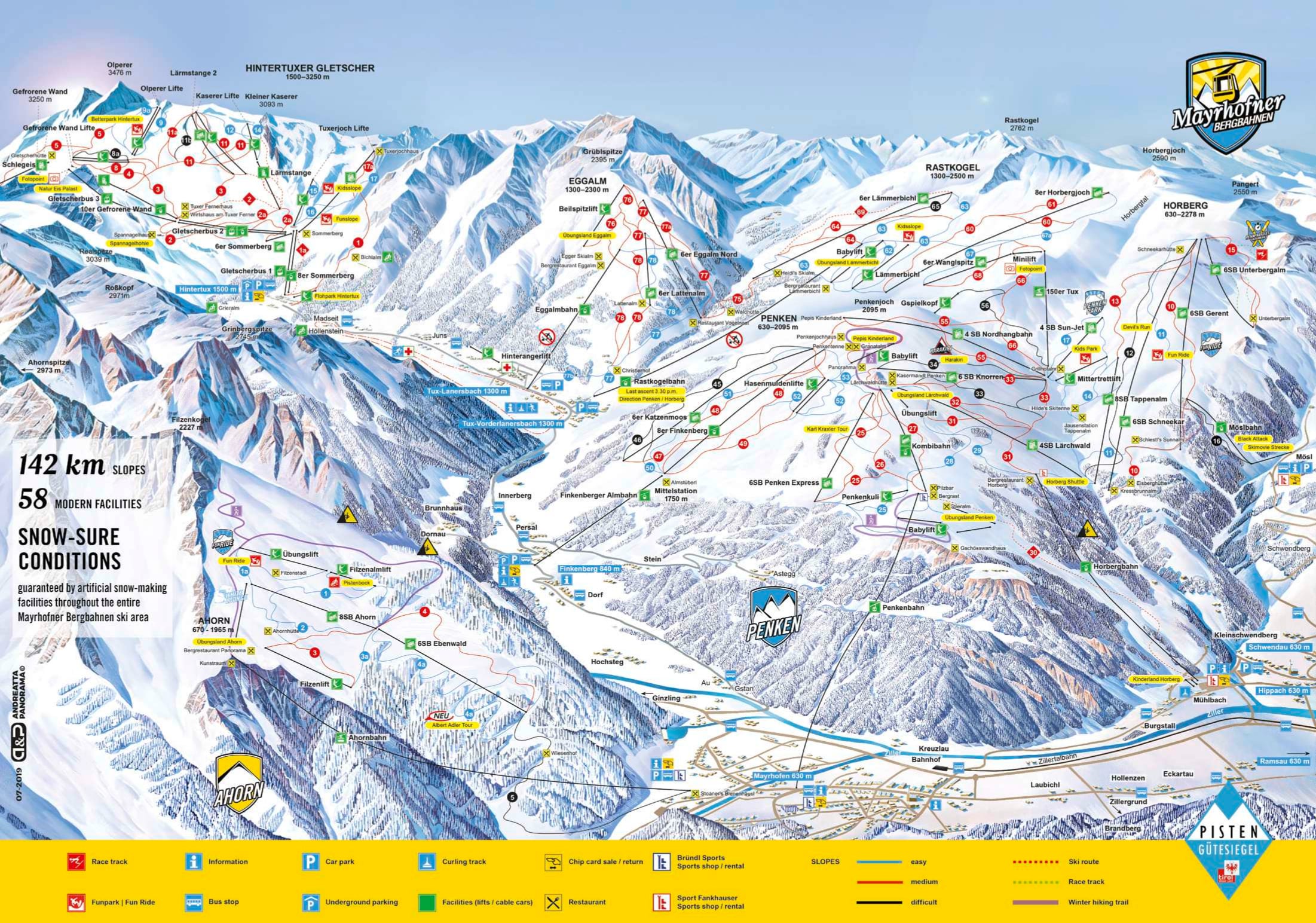